11 Things About Horse Racing You May Not Have Known 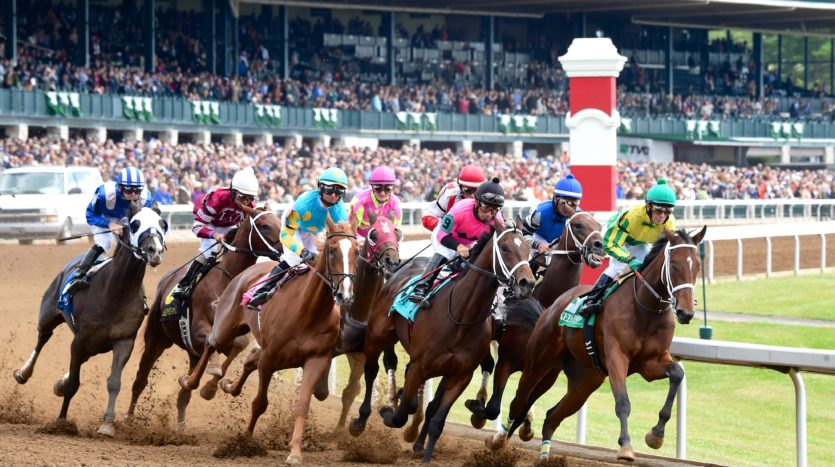 Horse racing can be complicated if you’re new to the sport, and those who aren’t already fans may know of the Kentucky Derby and not much more. But there’s a host of facts and history surrounding horse racing, making it a fun sport to get into. Here are 11 things you may not already know about horse racing.

Of course, those of us in the Central Kentucky area are familiar with most of these. See how many you already know!

1. Universally, a northern hemisphere racehorse’s birthday is the 1st January, regardless of when it was born. Thoroughbreds are considered one year old on 1st January the year after their birth and age one year on each January thereafter. This is so that horses can be grouped into age categories for races and competitions more easily, as many races are restricted to certain age groups.

3. Racehorses typically live for around 30 years, but in terms of their racing career, they tend to stop racing at around age 9. These animals are most certainly athletes and they have a prime age bracket in which to compete, but no racehorses over the age of 18 has ever won a race.

4. Horse racing may seem like a modern sport, but it actually dates back far further than you might think. There’s evidence to suggest that horses were being raced as long ago as 4,500 B.C. in ancient Greece, where references to the activity can be found depicted on pottery and in literary works by Homer.

5. The average weight of a horse is around 1,000 lbs. So, if you think that jockeys have an easy job, consider the task they have in controlling and riding a huge animal such as this at speeds of 40 miles per hour!

6. The largest prize for a horse racing event is the Pegasus World Cup which takes place in the USA. The purse for this race was $16 million in 2018, making it one of the most prestigious races in the world.

8. Racehorses which retire from the sport sometimes go on to become dressage or event horses and even gold cup winning horses have gone on to do so.

9. Horse racing is a sport that gains popularity more and more each year with countless bets placed at timeform.com and hundreds of other sites, and over 10 million people watched the Grand National in 2016 – a figure that continues to rise.

10. Thoroughbred horses can be traced back to Arabian horses which were bred with English horses for their speed, agility and determination in races.

5 Reasons to sell your equestrian farm: how to make it successful
5 Tips to Make Moving Easier

Register here! Forgot Password? Back to Login Return to Login